HOW DO YOU PLAY? 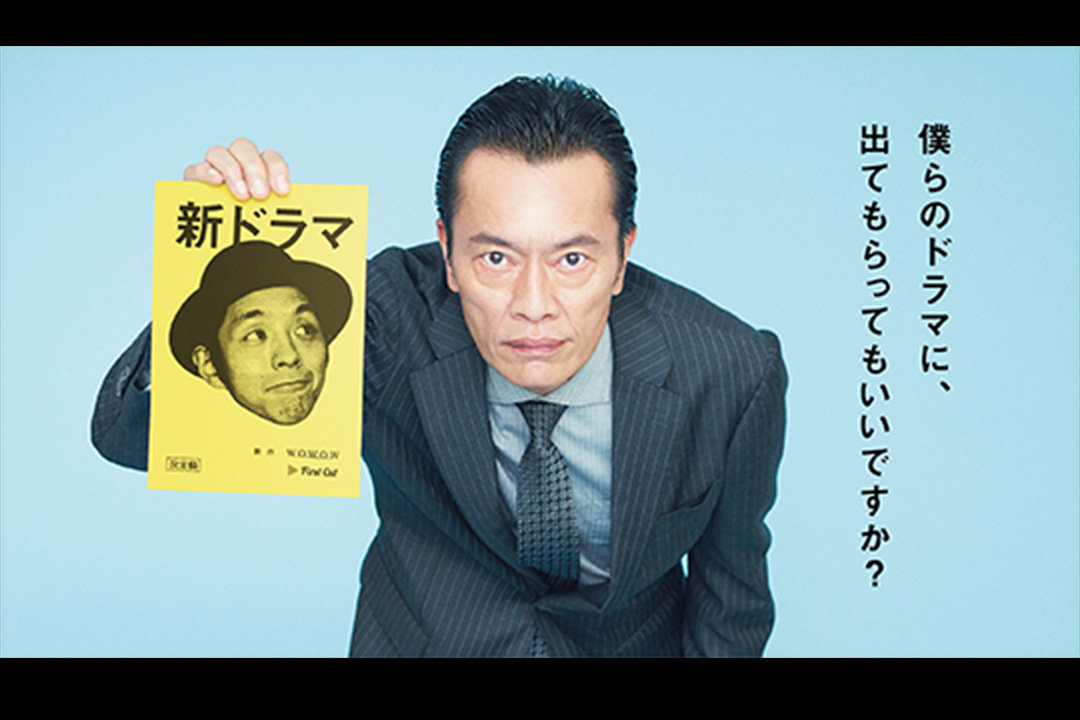 The first-of-its-kind situation drama by screenwriter Kankuro Kudo & lead Kenichi Endou & celebrity guests! What happens when the same role of the same story is played by different actors? The gloves are off as actors dive into the role.

The filming of a suspense drama in which detective Nasake Moroi (KENICHI ENDOU) pursues a serial killer. The filming is uneventfully wrapped up when an unexpected problem occurs and the scenes have to be reshot! But Endo's co-star has already left... On the spur of the moment, the part is offered to prominent actors who just happen to be nearby! 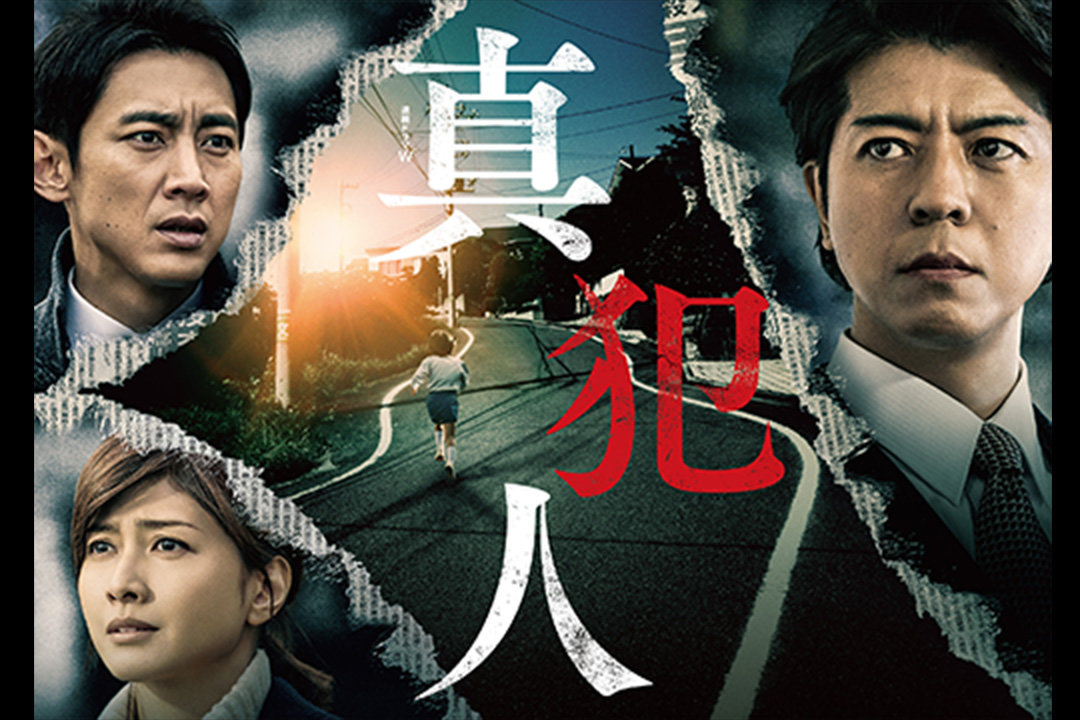 Two murder cases intersect - one took place in 1974 and the other in 2008. A crime mystery that probes a cold case involving the abduction of a young child.

2008. The owner of a regional used car dealership is murdered. In 1974, the victim Isao Sudo and his ex-wife had a young son named Mamoru Obata who was kidnapped and never found. The unsolved case was reopened by a special investigation unit in 1988, a year before the statute of limitations. Seiichiro Shigetou is a police superintendent who rose through the ranks and now leads an elite team of six detectives. He senses that there is a correlation between the two crimes and begins to investigate the cases, getting closer and closer to the truth. 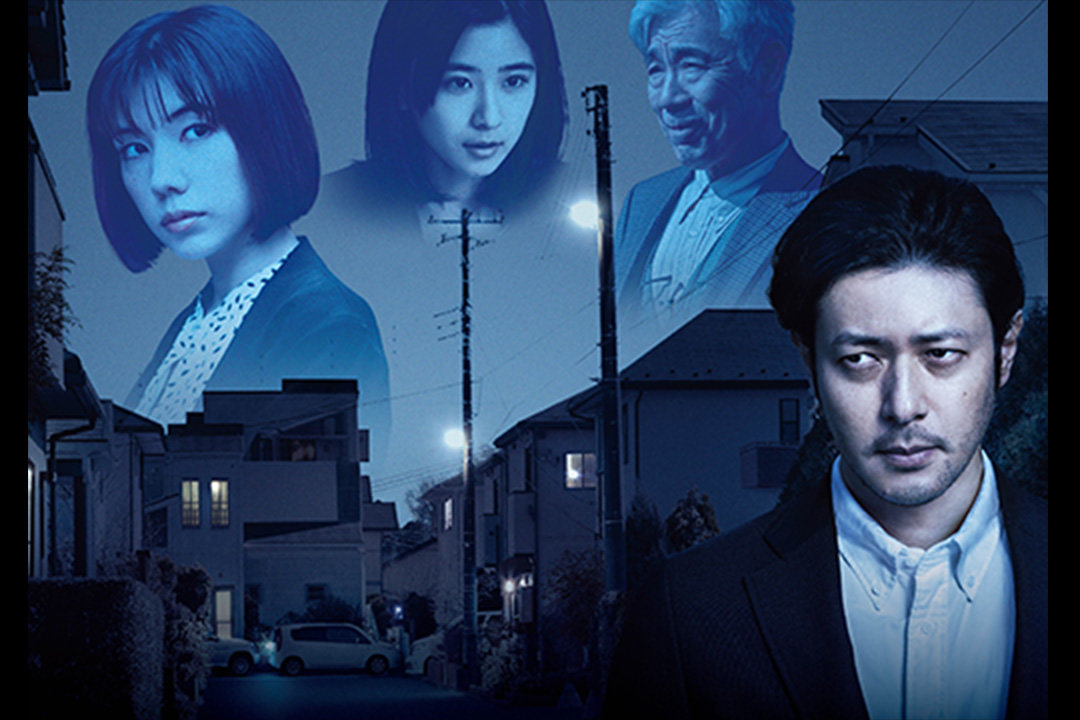 Joe Odagiri and Riisa Naka co-star for the first time in a tale of dark desire.
A portrayal of the fear of something slowly eating away at your life....

"Is your wife at home?" An unfamiliar woman visits the home of college professor Hirokawa just days after his wife has died of an illness. Hirokawa rushes to the door, but no one is there. Meanwhile, disquieting events beset Hirokawa's university -- the sudden death of the Chancellor and the distribution of a suspicious anonymous document. Hirokawa had been having an affair with his wife's younger sister Rei Mizushima, a lecturer at the same university. They were together the moment his wife passed. Feelings of guilt and an inexplicable sense of anxiety begin to torment Hirokawa. 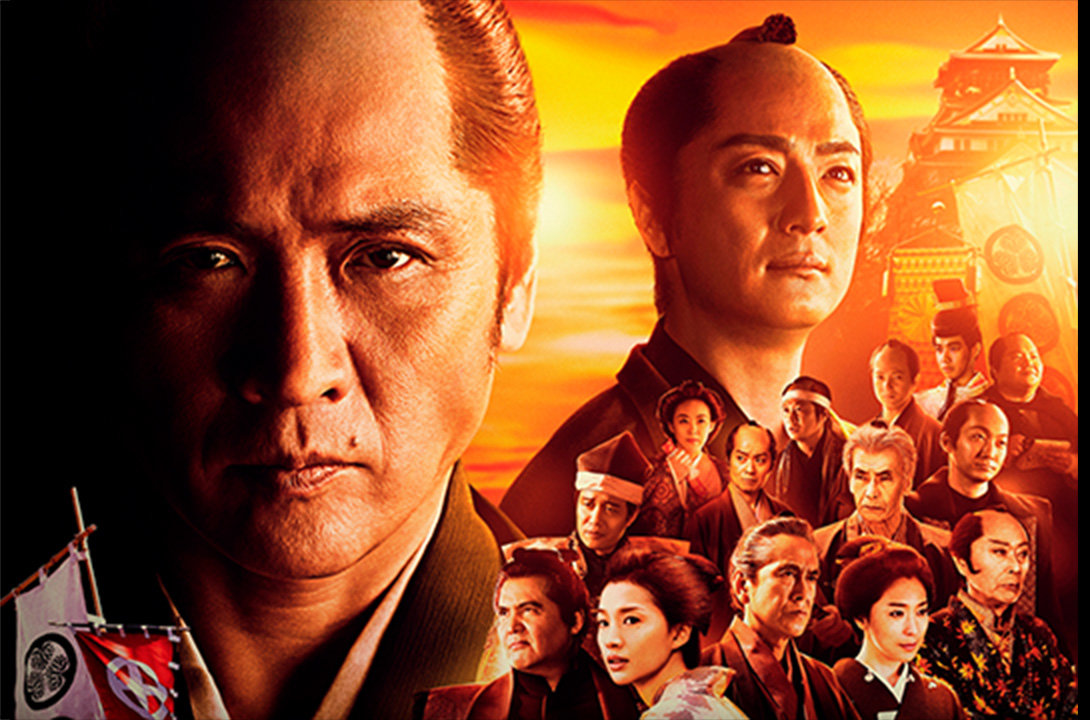 Drama series adaptation of Jiro Asada's late Edo Period novel. Set against the backdrop of the bloodless surrender of Edo Castle, the story portrays the powerful bond between the Shogun's mysterious bodyguard and a nameless, low-ranking warrior.

In 1868, negotiations between the Shogunate and the new government result in a bloodless surrender of Edo Castle. Hayato Kakurai, a timid, low-ranking warrior of the new government is dispatched to the castle in advance to ensure a smooth handover. There, he meets a retainer named Rokube Matoya, who was the shogun's personal bodyguard. Rokube refuses to budge, creating difficulty for Kakurai who must remove him without conflict. As the two get to know each other, Kakurai begins to feel an inexplicable affinity with Rokube, the epitome of traditional values. Why does Rokube refuse to move? What will Kakurai do as the day the Emperor arrives at Edo Castle nears? 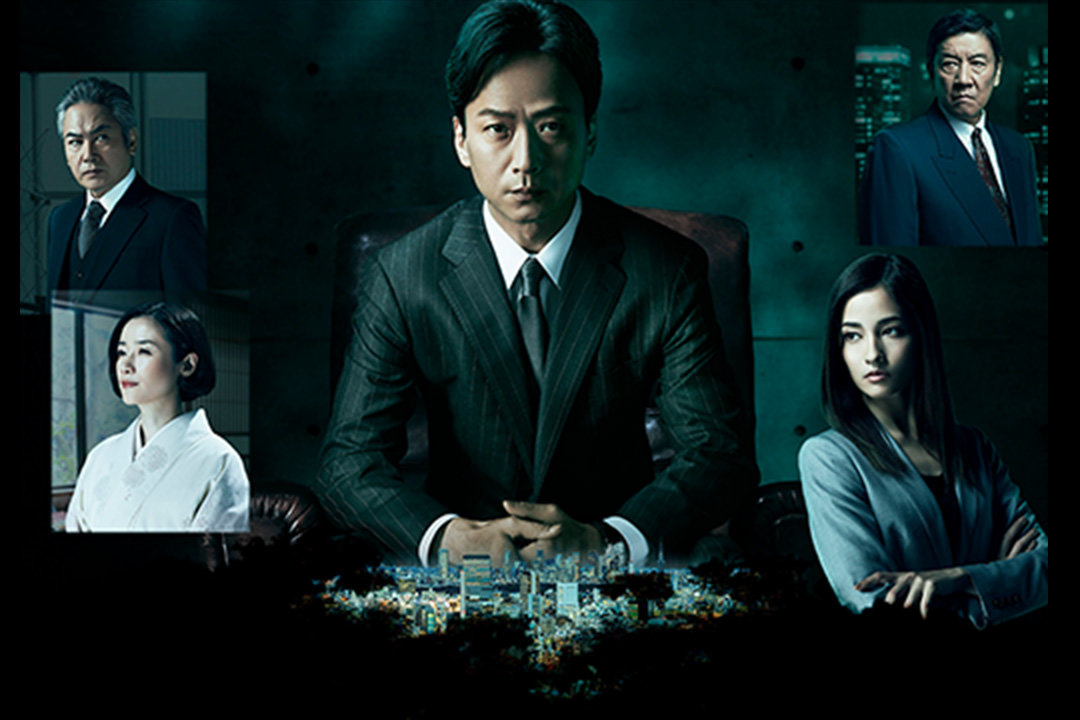 Someone is pulling the strings behind the "inappropriate" accounting practices at a major firm. A human suspense story of a female detective who follows the trail of a dark protagonist.

At the press conference of the electronics giant Mita Electric Industries, evidence is exposed of "inappropriate" accounting of 150 billion yen. The president of the company is in a state of panic while one man is pulling the strings - financial consultant Ryo Koga. Investigator Yumiko Kobori believes the "inappropriate" accounting is in fact hiding something darker. She begins to have serious doubts when the company remains listed on the stock exchange. Immediately after the chief auditor of Mita Electric commits suicide, Koga holds a secret meeting with the company's advisor Shozo Higashida. Kobori suspects the auditor's suicide involves a crime. Meanwhile, Koga smiles benignly upon his common-law wife Sachiko Murata. Who is this mysterious man? 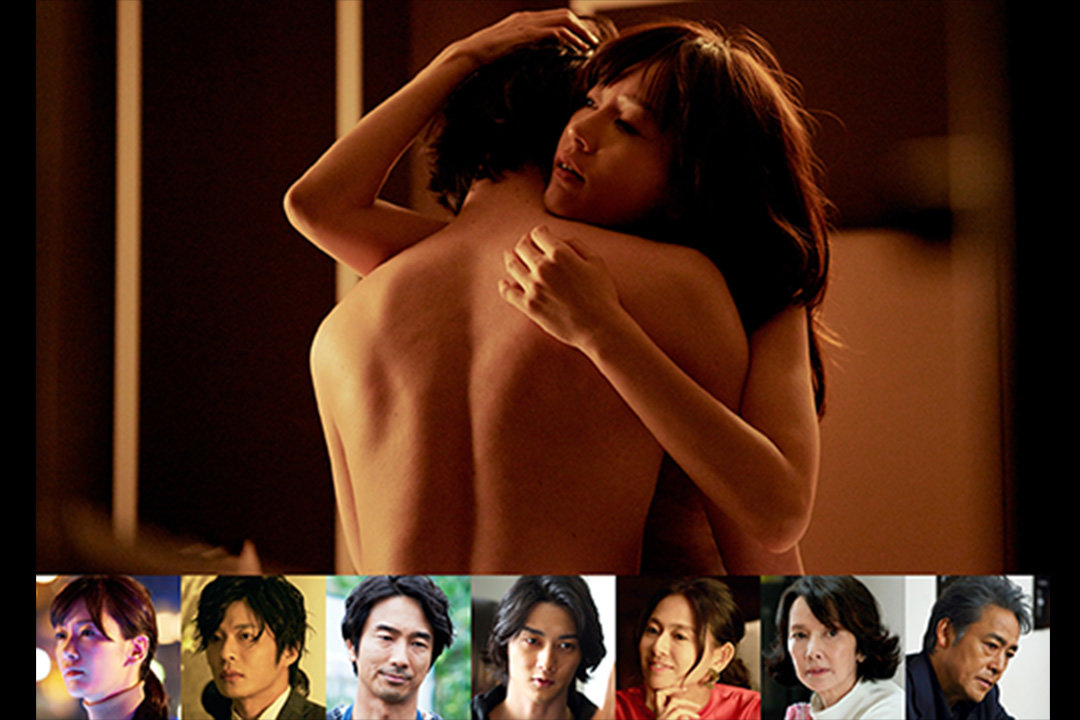 Screenwriter Natsu Takato lives in the suburbs with her househusband Shogo, who supports Natsu's career. While Natsu isn't unhappy with her life, she can't contain the desire that wells up inside her. When she confesses her feelings in an e-mail to a theater director named Shizawa, he responds that he wants a secret meeting with her. After much deliberation, Natsu begins to see Shizawa, and eventually leaves her husband to live on her own. But then, Shizawa begins to avoid her. To replace him, Natsu begins an affair with a married man named Ryosuke Iwai, who was her senior in college. She is also drawn to an up-and-coming actor named Kazuya Obayashi. 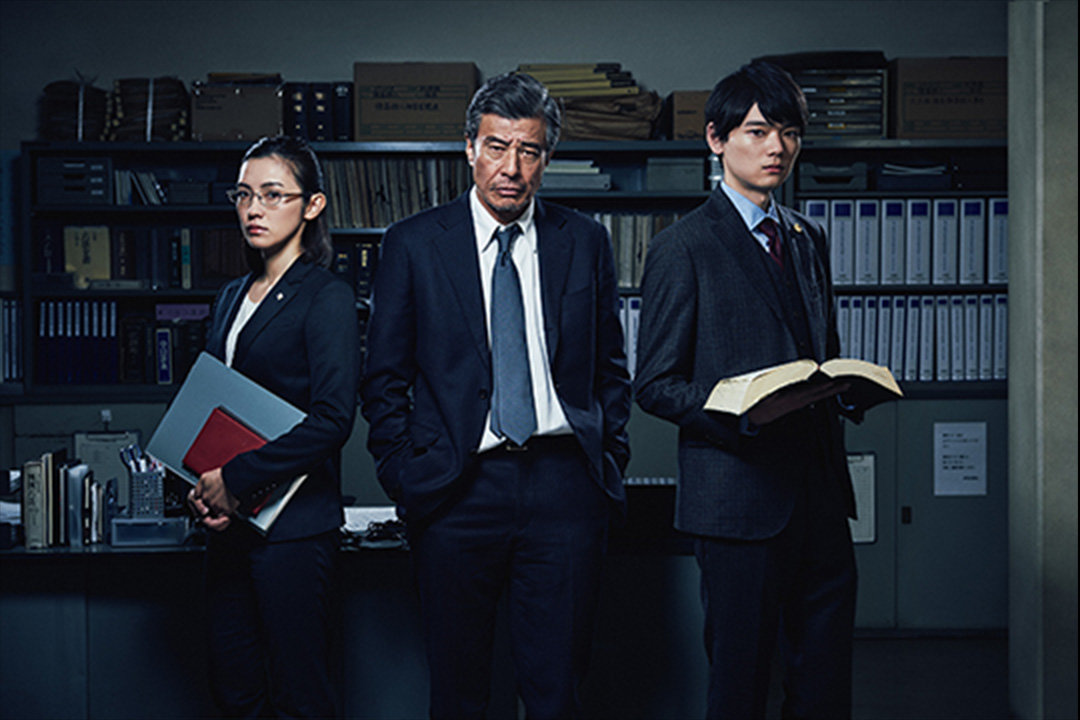 A suspenseful "race-against-the-clock" thriller about an organization that challenges false charges brought against convicted felons. Will they be able to prove the criminal's innocence with only sixty minutes remaining until the execution?

Veteran detective Eiji Arima is nearing retirement at the age of 60. Arima works with an elite, young attorney named Shoichi Sera and a prosecutor relegated from the Public Prosecutor's Office named Misuzu Haruna in a government organization that investigates false charges brought against convicted death row felons. Arima is known for his formidable investigative skills, but also grapples with the guilt of having falsely accused an innocent man in the past... 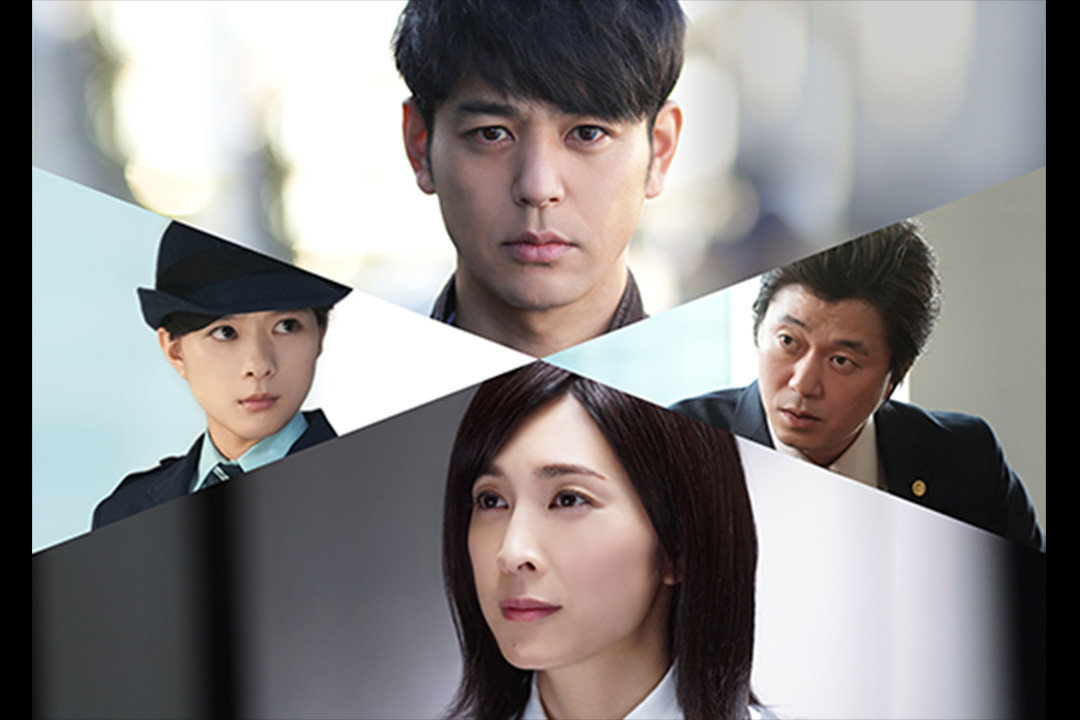 "Why did Yukino accept her death sentence?" Shinichi was at the courthouse, listening to the judgement to Yukino. She was sentenced death penalty, for killing her ex-boyfriend. As a childhood friend of her, Shinichi believes in her innocence, and goes on a quest to find out the truth. However, as Shinichi meet the people who know Yukino's past, he finds the cruel story behind her. 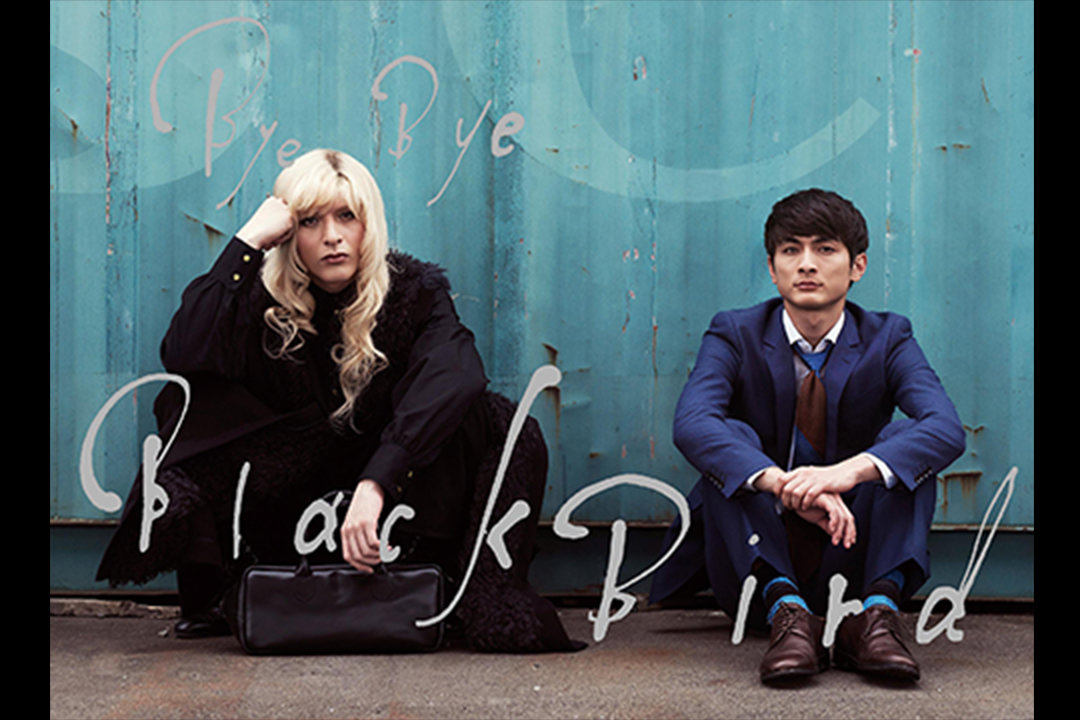 Bestselling author KOTARO ISAKA's novel is for the first time made into a serial drama.

Kazuhiko was one day captured by a monstrous and arrogant woman Mayumi, an agent from a mysterious syndicate. Since Kazuhiko owned a big debt to the syndicate, he will be taken away to "somewhere". But before departing, Kazuhiko begs Mayumi to see his five girlfriends, whom he was going out simultaneously. A strange journey of Kazuhiko and Mayumi begins, to say "goodbye" to the girlfriends. 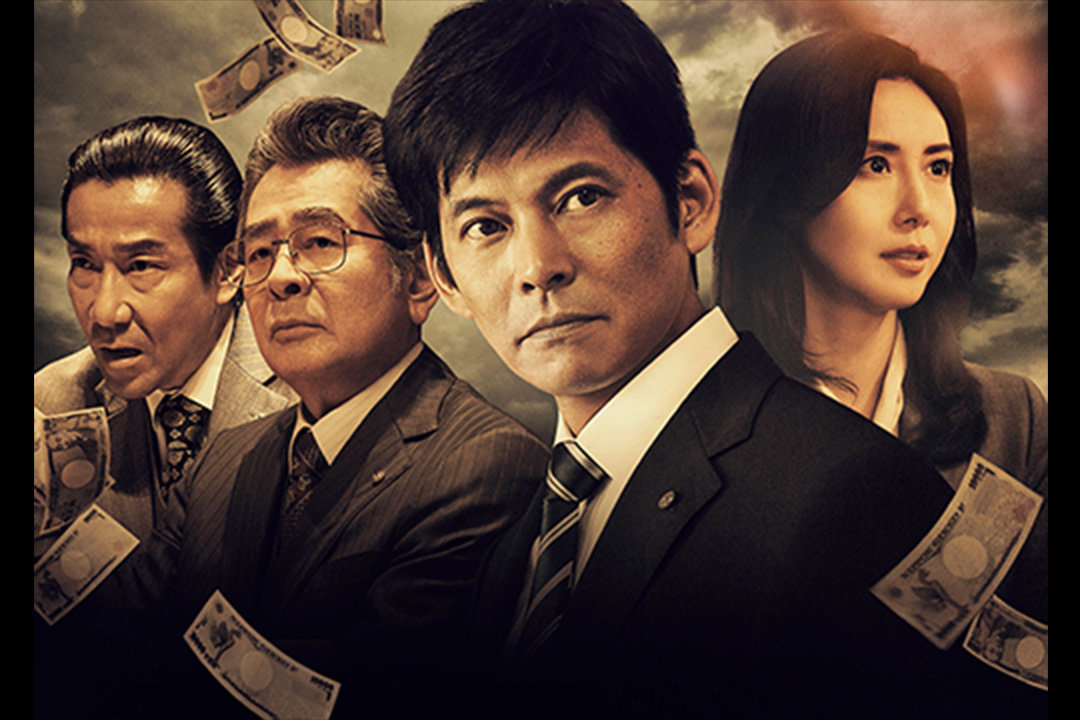 Shuhei Nozaki was a trustworthy manager of a small branch for Ozora Bank, one of the biggest mega-banks in Japan. Despite his career was far from being successful, he was one day promoted to a corporate auditor in the head office. Soon after, Nozaki witness an unbelievable fraud going on in the bank, which the bank president and the prime minister is involved. Can a single auditor confront this vast darkness? The struggle of Nozaki begins to expose the fraud. 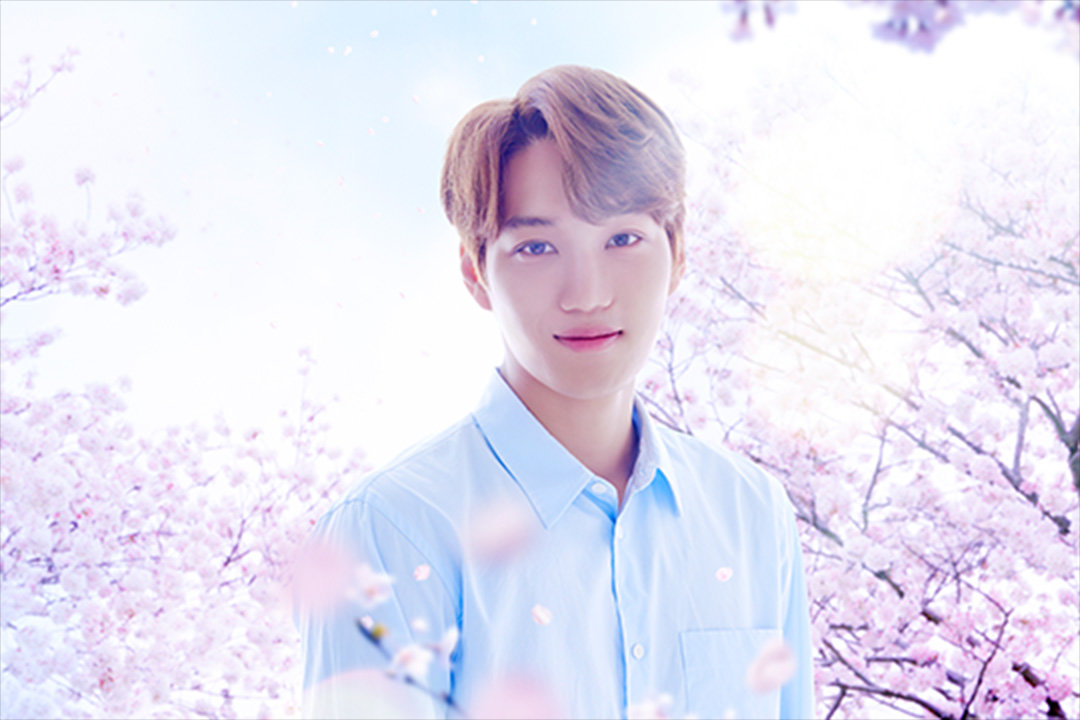 Naoko is a homely and drab 31-year-old single woman who works as an underwear salesperson. Her family consists of four people: her unemployed father Shuji, her shabby mother Sue, and her cheeky high-school sister Junko. By coincidence, Naoko meets a Korean photographer Lee Ji-Won and the two fall in love. After that chance meeting, the presence of Ji-won starts to change Naoko and her family little by little. However, Naoko also finds the sad story behind Ji-won's family.

Please fill out the form below and press the "Proceed to confirmation" button.
However, please note that depending on the nature of your inquiry, it may take some time for us to respond.